The history of the firm dates back to 1919.  On 25 January 1919, at a meeting of the Council of Ministers chaired by Ignacy Jan Paderewski, the Prime Minister, a decision was made to establish the State Graphic Works.  In the twenties, the State Graphic Works were transformed into a joint-stock company operating under the name Polska Wytwórnia Papierów Wartościowych (  Polish Security Printing Works). 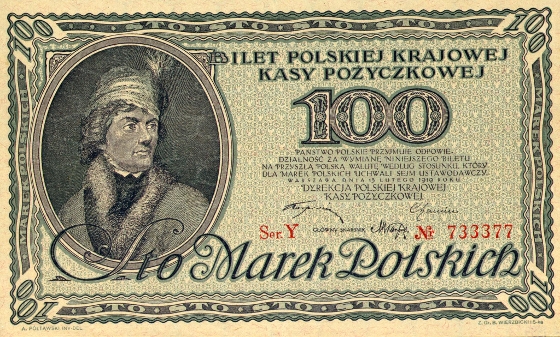 The beginning of PWPW is strongly connected with the history of independent Poland.   After World War I ended, the long-expected freedom pushed the government of the Second Polish Republic to regulate currency systems inherited from the occupants. The production of own banknotes and documents was to stress independence of the young State and became an element of new identity of the free country.  On 25 January 1919, yet two months after Poland regained freedom, the Council of Misters chaired by Ignacy Jan Paderewski, the Prime Minister, decided to establish the State Graphic Works.  One year later, the first banknote of 100 Polish marks left the building of the Works. 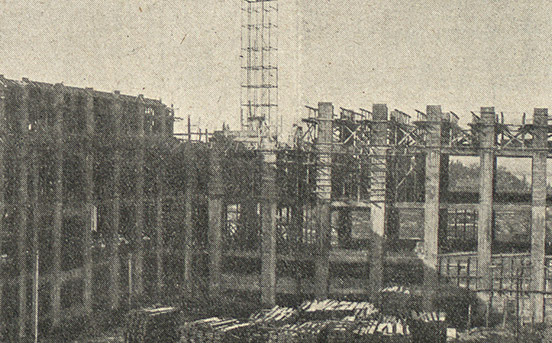 On 26 May 1925, Władysław Grabski, the Minister of State Treasury, signed an agreement with the Bank of Poland under which the Bank of Poland and the State Treasury were to jointly establish a company.  This way, on 10 July 1926, the State Graphic Works were transformed into Polska Wytwórnia Papierów Wartościowych (  Polish Security Printing Works).  In the same year, the construction of the new registered office of the firm at Romana Sanguszki Street in Warsaw was undertaken.  The construction work (based on the design of Antoni Dygat) was completed three years later, i.e., in 1929.  The building continues to be the registered office of PWPW. 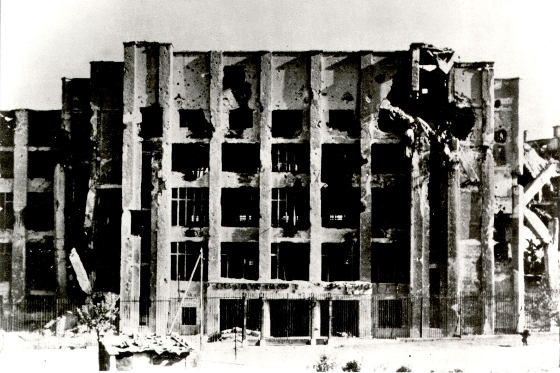 The occupation period is a heroic and dramatic card in the history of PWPW.  The building of the company became the shelter for "Agaton" – a troop of the Home Army composed of the employees of PWPW who secretly produced banknotes and legalisation documents for the needs of the Polish Underground State.  After the outbreak of Warsaw Uprising, the employees of PWPW recaptured the building from the hands of the Germans and were determinedly defending it from the attacks of the Nazi for nearly one month.  In the history of Warsaw, the building of PWPW is known as one of insurgent redoubts of the Old Town.
On 27 August 1944, 1600 Nazi soldiers (supported by armour) eventually attacked the building defended at that time by as few as 200 insurgents.  After pitched battle for every floor of the building in Sanguszki Street, on 28 August 1944, the insurgents left the building.

During 27 days of the fights, almost 100 insurgents were killed in the building.

The reconstruction of the bombed building in Sanguszki Street was undertaken in 1946.  During the reconstruction period, the production of banknotes and documents was moved to Łódź.  The construction work was completed in 1950 and the production was moved back to Warsaw.  After the monetary reform, PWPW printed new banknotes and secured documents.  In 1975, the first banknote in the series of "Great Poles" was printed – 500 zlotys with the image of Tadeusz Kościuszko.  In the next years, banknotes of other values were printed (until 1994).  The last of the series was the banknote of 2 million zlotys with the image of Ignacy Jan Paderewski.  The "Great Poles" series was designed by Andrzej Heidrich.  Since 1998, PWPW has been printing banknotes of the new series, i.e., "Polish Sovereigns".

The end of the nineties of the 20th century and the first decade of 21st century at PWPW was the time of dynamic growth of new digital competencies, investments in new products and successful undertaking of export activities.  Today, PWPW is one of the most modern companies in the security printing sector in Europe.